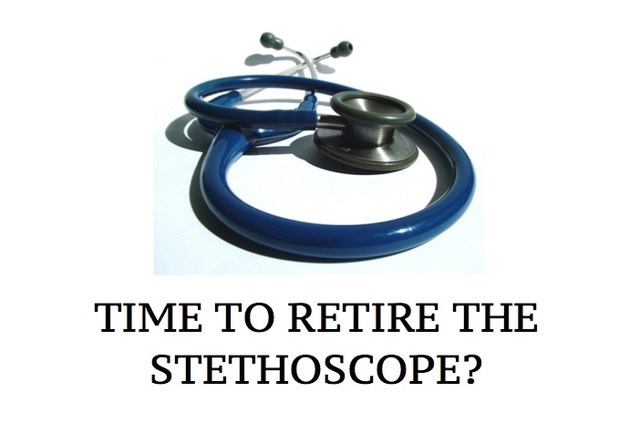 There is an old medical aphorism, still taught today, that a careful history will lead to the correct diagnosis 80% of the time. Clinical history taking is largely the same today as it was twenty or so years ago, yet clinical examination seems to be evolving. Enthusiasts are continually generating evidence that may one day prove that point-of-care ultrasound is superior to traditional clinical assessment, such as auscultation through a stethoscope (read all about the history of the stethoscope here!). For example, just last month we saw how gastric ultrasound changed the choice of general anaesthetic induction technique for non-elective paediatric surgery and was able to discriminate high from low gastric volumes in the third trimester of pregnancy.

This month in Anaesthesia, Canty et al. present the results of their pilot multi-centre RCT of the impact of pre-operative cardiac ultrasound in patients having surgery for femoral neck fractures. They conclude it is feasible to randomise patients to a group that underwent preoperative focussed cardiac ultrasound or a control group that did not, and there was a treatment effect favouring cardiac ultrasound in terms of their composite primary outcome (more about those here!). In order to definitively quantify this effect, a large randomised controlled trial requires around 1000 participants. This would take roughly three years across 13 sites. Remarkably, cardiac ultrasound led to a change in diagnosis for several participants for which their management was either stepped-up or down (Table 1). 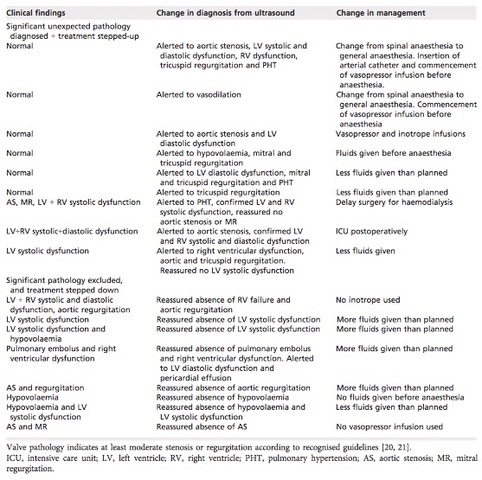 So just what is a pilot study, why is there no sample size or power calculation and why is there an emphasis on protocol feasibility rather than clinical and statistical significance? For the answer to these questions, look no further than this month’s ‘Statistically Speaking: Demystifying Methods’ by Choi et al. They argue there should be an appreciation of the manner in which cardiac ultrasound is performed and interpreted. Though the intervention is ‘diagnostic’ in nature, it provides a guide as to the overall cardiovascular picture of the patient and thus informs management choices such as, amongst others, anaesthetic technique and fluid management. Is it therefore time to retire the stethoscope? Probably not just yet, as there are many barriers to the widespread implementation of point of care ultrasound at this present time. Despite these barriers, the article by Canty et al. adds to the growing weight of evidence suggesting tomorrows doctors may one day be learning about the Nyquist limit in the place of where they once studied the grading system for murmurs. The question is, what will tomorrows doctors think about the fact we continue to use stethoscopes to make clinical decisions in 2018?

Ultrasound is a strong theme throughout this month’s issues. For example, do you always ‘Stop-Before-You-Block (SBYB)? Hopping et al. undertook an online survey and conclude that one in four anaesthetists have performed a wrong-sided block (something classed as a never event, more about these here!) and ~41% perform SBYB at a time-point that is much earlier than intended by the campaign. In the accompanying editorial, Moppett and Shorrock argue we should think about wrong sided blocks using a theoretical understanding of human work (Figure 1). Paying more attention to the interaction between work-as-done, -disclosed, -imagined and -prescribed in the healthcare setting may have benefits beyond reducing the frequency of rare events, such as wrong-sided blocks.

Figure 1 The four varieties of work

There are many reasons why a general anaesthetic is not always the best choice for a patient. Based on their prospective observational case-series of 16 patients, Pawa et al. argue it is feasible to undertake major breast surgery with combined thoracic paravertebral and pectoral nerve blocks under sedation. They also demonstrate a high level of satisfaction and acceptability from both patients and surgeons. Elsewhere, a randomised controlled trial from Chin et al. concludes neuraxial ultrasound assistance increases first-pass success and decreases needle movements during CSE placement for caesarean section, particularly in women with easily palpable spinous processes (Table 2).

Postoperative atrial fibrillation (AF) is likely to become an increasing problem for peri-operative medicine practitioners in the future for many reasons. This systematic review finds its incidence following general surgery is around 10% with risk factors including increasing age; history of cardiac disease; and postoperative complications, particularly, sepsis, pneumonia and pleural effusions. The incidence of AF following thoracic surgery is greater for several reasons, and the choice of analgesic regimen is probably important. This propensity matched study (more about propensity matching here!) concludes outcomes after thoracic surgery are no worse following paravertebral blockade as compared with thoracic epidural anaesthesia. In the accompanying editorial, Short and Kamalanathan ask whether analgesia has changed for lung resection surgery? They argue there is no evidence to prove one technique is superior to another for open procedures and we should nevertheless focus efforts on appraising analgesic regimens for VATS, as such surgery is becoming more common in the UK.

Should we use hyperbaric or isobaric bupivacaine for spinal anaesthesia for elective caesarean section? This Cochrane systematic review of ten studies (614 patients) concludes there is no difference with regards the rate of conversion to general anaesthesia or the need for supplemental analgesia. Hyperbaric bupivacaine may, however, give rise to a faster onset of block, though an adequately powered RCT is required to definitively prove this. In their editorial, Lucas and Bamber provide commentary on the recently published MBRRACE-UK Confidential Enquiry into Maternal Deaths and Morbidity. There is a new chapter on deaths attributable to anaesthesia and such deaths have dramatically decreased over the past 40-years. They argue that although the Confidential Enquiry reports should continue to be essential reading for the obstetric anaesthetist, other anaesthetists may find the report’s recommendations and messages have relevance to their own practice.

Elsewhere this month there is a description of a new retrograde trans-illumination technique for videolaryngoscopic tracheal intubation, a systematic review of dexamethasone for prophylaxis of postoperative nausea and vomiting, a study to determine the optimal programmed intermittent epidural bolus dose and a study of postoperative outcomes following cardiac surgery in non-anaemic iron replete and iron deficient patients.

Finally, there are two very important dates for your calendar. The first is the GAT Annual Scientific Meeting, which will be in Glasgow between the 4th and 6th July 2018. The second is the AAGBI Annual Congress Meeting, which will be taking place in Dublin between the 26th and 28th September. As ever, we will be taking our ‘How to publish a paper’ workshop to Dublin and running our ideas incubator, where selected authors of abstracts are invited to discuss how to turn their work into a full paper (Figure 2). Make sure you meet the Abstract deadline of May the 8th! 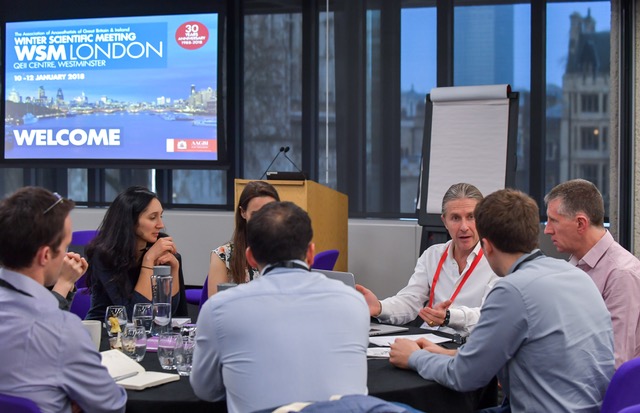 Figure 2 ‘How to publish a paper’ ideas incubator workshop from the AAGBI Winter Scientific Meeting, London, 2018

We hope you enjoy this month’s issue and we look forward to hearing what you think as each article is tweeted and made #FreeForADay!