The association between sleep deprivation and poor health outcomes is well-recognised. In this month’s issue of Anaesthesia, Cheung et al. conducted a mechanistic study aiming to unravel the effects of sleep deprivation on DNA damage in healthy, full-time doctors. Doctors who worked on-site overnight shifts had higher levels of oxidative DNA damage and lower DNA repair gene expression when compared to those did not work overnight shifts. These changes were detected even after only one night of sleep deprivation. The authors should be congratulated on their work which attracted attention from over 20 news outlets and racked up an Altmetric score of >1000 in a just under one week. This is a timely study in view of the Association of Anaesthetist’s current #FightFatigue campaign. In an accompanying editorial, Fuller and Eikermann provide suggestions for future research on how we can build on the findings from this study.

In this month’s issue, we have a series of articles dedicated to elucidating some of the mechanisms underlying high-flow nasal oxygen (HFNO) therapy, which is becoming increasingly popular in anaesthesia, perioperative medicine, and intensive care. One area of interest is carbon dioxide clearance. Hermez et al. carried out a laboratory study of three physical airway models and through a series of clever experiments, which included three-dimensional printing of trachea models, they observed that carbon dioxide clearance may be facilitated by cardiac. Shippam et al., in a randomised physiological study of healthy, non-labouring healthy pregnant patients, found that pre-oxygenation with HFNO performed worse than standard facemask oxygenation. There are important caveats to this study including the use of end-tidal oxygen concentration as a surrogate for adequate oxygenation, the exclusion of obese patients and those with difficult airways, and its efficacy was not tested in an urgent/emergency scenario. Given the current enthusiasm regarding HFNO, these findings certainly warrant further investigation. An accompanying editorial by Lumb and Thomas and a narrative review by Lyons and Callaghan succinctly describe the underlying mechanisms of HFNO and the evidence-based supporting its clinical application.

We all fear being involved in a ‘cannot intubate cannot oxygenate’ scenario. Adequate training in emergency front of neck access (eFONA) is therefore crucial. Le Fevre et al. evaluated a novel obese-synthetic manikin against an obese-meat manikin and a conventional slim manikin. They observed that eFONA times were significantly longer in both obese manikins when compared to the slim manikin. The obese-synthetic manikin’s performance was broadly similar to the obese-meat manikin, with the added advantages of hygiene and convenience. If your department provides training in emergency front of neck access, this model is worth considering. 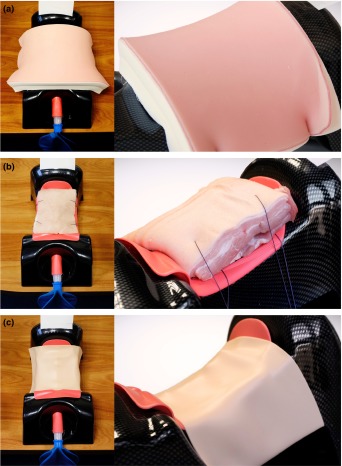 Figure 2 Three manikins (a) obese-synthetic; (b) obese-meat; and (c) slim

In the first of two articles related to human factors, Chrimes et al. discuss strategies on utilising human factors knowledge to improve the design of airway trolleys. One recommendation is to minimise the number of devices available in the trolley to simplify decision-making and avoid ‘analysis paralysis’. Another important and often underappreciated recommendation is to standardise difficult airway trolleys across all areas where difficult airway management can occur e.g. ICU, ED, theatres, recovery. In the second article, Evain et al., in a prospective, randomised, simulation study, demonstrated that a planning discussion before a simulated emergency scenario improved clinical team performance, crisis resource management, and stress response.

The association between poor patient outcomes and out-of-hours admissions continues to be hotly debated. Goulden et al., studied 20,922 adults admitted to a UK critical care unit with status epilepticus over a 5-year period and found no evidence that weekend admissions were associated with higher mortality than those admitted during the week. Hepple et al., performed a retrospective analysis of the Trauma Audit and Research Network (TARN) database and found no evidence of a survival benefit in patients treated by an enhanced care team that included a pre-hospital physician. However, these patients were more likely to be younger, male and with a higher injury severity score. Rostin et al. conducted a large retrospective study investigating the effect of a single episode of postoperative desaturation (<90%) on discharge destination. They observed that early and prolonged desaturation was associated with greater odds of being discharged to a nursing facility. Several recognised, and potentially modifiable factors were identified including high intra-operative opioid use and high neostigmine doses. In an accompanying editorial, Coulson and Karalapillai question the biological plausibility of their findings, stress that ‘association is not causation’ and suggest useful methods for future research, such as nesting interventions within database studies where prospective randomised.

We also have three excellent review articles in this month’s issue. Smith and Plunkett, in a thought-provoking article, highlight recent developments in safety science and challenge the current approach of only addressing negative outcomes. We should also be promoting excellence through appreciative inquiry, positive deviance and excellence reporting and the authors provide practical and useful suggestions on how to achieve this.

Figure 4 An example of an appreciative conversation. Taken from EP’s work with appreciating people and reproduced with permission.

In the second of our Clinical Consequences series, Wojcikiewicz & El-Boghdadly provide a succinct review on analgesic strategies for day-case knee surgery. The authors conclude multi-modal analgesia should be the standard of care and that administration of local anaesthesia may only provide short-term analgesic benefits. Finally, Andersson et al. performed a systematic review of the anaesthetic implications of butyrylcholinesterase deficiency. They conclude that deficiency prolongs the action of succinylcholine and mivacurium by a few minutes to several hours and these effects are more pronounced with homozygous variants, increasing age, pregnancy, severe liver disease and burn injuries. A useful flowchart is provided on how to best manage these patients.

Over on early view, this paper is certainly causing a stir! It seems uncoated fluid warming devices may result in the release of high levels of aluminium into infusion fluids. This research was recently featured as a leading story in The Guardian and the story continues to evolve, with the MHRA recently issuing a field safety notice. We hope you enjoy this month’s issue and we look forward to seeing your feedback over on Twitter as we make each paper #FreeForADay!